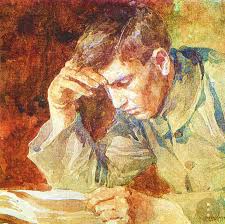 For those of our comrades who have already recognized the need to study Marxism-Leninism, there is often a choice as to how exactly approach the study of Marxist theory.

There are several ways one can do that.

1. In an official Marxist group, which may be available in the city of your residence as a local branch of some political organization.

But firstly, those are not common; the present-day leftists and leftist parties which call themselves communist don’t like to teach theory to their members.

Second, if that kind of group does exist, it may very well be of opportunistic and petty-bourgeois nature  (Trotskyists, economists, reformists, etc.).

Third, the quality of teaching Marxist theory in such small circles can be extremely low, the lecturers are often poorly prepared, the teaching methods and curriculum  leave much to be desired, the teaching materials are meaningless or non-existent. As a result, proper absorbtion of knowledge in such groups becomes problematic.

It is inadvisable for someone beginning their Marxist studies to join such a group, because this kind of studies will not help them develop an understanding of the theory of classical Marxism-Leninism, which is the only thing that makes building a socialist society possible.

2. In our opinion, the basic form of studying the theory of Marxism is self-study, which may well be the only form of study, but in any case must accompany all other forms of study. It must be remembered that any lecturer gives an understanding of only some parts of the theory, not all, and in addition presents the topic at hand only in general terms, and in the way in which they themselves understood it. In-depth, Marxism can only be mastered through SELF-STUDY. Only this form of learning allows us to successfully apply theory in practice, since, whether you like it or not, you will constantly and single-handedly have to solve new problems that life itself will pose to you as a communist.

If possible, it would be of great benefit to organize one’s own Marxist group, in which the study of the classics of Marxism can take place in a collective of people. What is especially important is that in a collective one can organize a discussion of what has been read and learned, one can argue, prove one’s position, etc. Disputes of this kind are very useful both for a better mastery of the theory of Marxism and because the ability to argue one’s own position will come in handy later – during propaganda and agitation among the masses.

However, in our opinion, one should not put off the propaganda and agitation work until distant future, after one has fully completed one’s training in the theory of Marxism. On the contrary, everything that one has learned and understood must be passed on to others as soon as possible. This requires the use of all possible means of communication, both in real life and on the Internet. A person studying Marxism must not hesitate to write leaflets, articles and notes, become a people’s correspondent and on-the-scene reporter. This will certainly attract the attention of other hired workers, awaken their minds, help them understand what is going on, give them energy to fight, and identify the most conscious among them who will also want to join the Communist work.

The Work Way website will gladly publish such articles and reports.