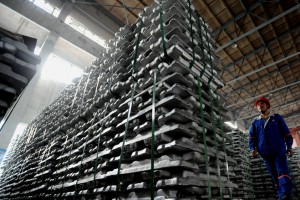 First of all, let me quote a few words about the essence of crises in capitalism: “Capitalist crises are crises of overproduction. A crisis shows itself first of all in the fact that commodities cannot be sold, since they have been produced in quantities greater than can be bought by the main consumers—the mass of the people—whose purchasing power is confined under capitalist relations of production within extremely narrow limits. “Surplus” goods encumber the warehouses. The capitalists curtail production and dismiss workers. Hundreds and thousands of enterprises are closed down. Unemployment increases sharply. A great number of petty producers are ruined, in both town and country. The lack of outlet for the goods produced leads to disorganisation of trade. Credit connections are broken. The capitalists experience an acute shortage of money for payments. The exchanges crash-the prices of shares, bonds and other securities fall headlong. A wave of bankruptcies of industrial, commercial and banking concerns sweeps forward.” (K. Ostrovitianov, “Political Economy,” 1954).

Here is a Forbes magazine article from 2017:

Reduced production implies, of course, reduction of the labor force. Dated March 2016, here is an article from the Fortune magazine happily titled “Here’s Why Cutting 1.8 Million Workers in China Is Actually Good News” (for capitalists, for sure – editor’s note):

“The announcement of dramatic cuts in steel and coal production on Monday took advantage of a state visit by U.S. Treasury Secretary Jack Lew to guarantee widespread news coverage. The need for a radical reform to ensure a soft landing has been recognized for a long time, and China is trying to adjust to a “new normal,” or a more realistic growth rate that is both sustainable and likely to lead to greater economic stability for everyone concerned.” (Source: https://www.forbes.com/sites/greatspeculations/2017/01/09/the-extent-of-overproduction-in-the-chinese-steel-industry/?sh=76ac3723446e)

To put it simply, the “stakeholders,” international capital, have agreed among themselves on the need for drastic production cuts in the coal and steel industries to save profits in the face of falling demand and overflowing warehouses. This is yet another example (apart from G20 etc) of capitalists colluding and having common economic interests, directed strictly against the interests of hired workers and their vanguard – the working class, i.e. the people directly employed in material production and thrown out into the street after the above-mentioned backroom agreements.

“The changes announced so far aim at reducing steel production capacity by 150 million tons and coal by 500 million tons over a three to five-year period. The cuts will eliminate 1.3 million jobs in the coal sector and another 500,000 in the steel industry. Altogether that represents about 15% of both sectors’ workforce.”

“And the cuts may eventually go deeper. Reuters, quoting “informed sources” close to the leadership, reported that 5 million to 6 million workers might eventually be affected”

It’s not hard to guess that the Chinese working class responded to the cuts with a huge increase in protest activity, which had already been on the rise for several years (from 2011 to 2015, the number of labor conflicts increased 13-fold). In February 2019, The New York Times wrote:

“Factory workers across China are staging sit-ins demanding wages for their ‘blood and sweat.’ Cab drivers surround government offices to call for better treatment. Construction workers threaten to jump off the roofs of buildings if they are not paid.”

“Factory workers across China are staging sit-ins demanding unpaid wages for “blood and sweat.” Taxi drivers are surrounding government offices to call for better treatment. Construction workers are threatening to jump from buildings if they don’t get paid. With economic growth in China weakening to its slowest pace in nearly three decades, thousands of Chinese workers are holding small-scale protests and strikes to fight efforts by businesses to withhold compensation and cut hours.

” As Chinese families gather this week to celebrate the Lunar New Year, the most important holiday of the year in China, many workers say they are struggling to pay basic expenses like food and rent. ” (Source: https://www.nytimes.com/2019/02/06/world/asia/china-workers-protests.html)

And how has global capital, of which Chinese capitalists are an integral part, generally fared?

A crisis of overproduction of goods has gripped every major area of the world economy. It’s not hard to check this out by googling a little bit about the state of a particular industry in year 2019. Automotive industry, oil and gas industry, metallurgy, food industry, textile industry, etc. etc. – everywhere there’s a sharp drop in profits, a depression, worker layoffs, shutdowns, etc. Hence the huge rise in protest activity known as the “Global protest wave of 2019”.