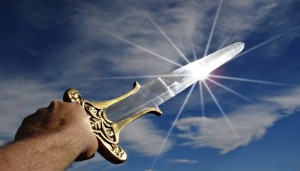 A communist needs dialectical materialism in order to understand correctly what is going on. Having mastered dialectics, he or she will not allow themselves to be confused by their enemies and will easily rebuff them, exposing the falsity and reactionary nature of their ideology. Dialectical materialism is a merciless shining sword that crushes to pieces all the arguments of obscurantists, reactionaries, hypocrites and slanderers. No tricks or sophistry can resist this sword.

Our enemies, all sorts of capitalist ideologists, while they differ from each other in some nuances, have one thing in common: they all want to preserve capitalism, to assert its eternity and inviolability, to declare its permanence. For this purpose, they slander socialism in every possible way. For example, they claim that the Great October Revolution was a kind of anomaly, a historical misunderstanding, so to speak, something that shouldn’t have happened in Russia, that it was the work of some outside force, and so forth. By denying the natural character of the socialist revolution, they thus deny the regularity, inevitability and necessity of the transition of our society from the present system to the next more progressive stage of human development – socialism. They’d like to perpetuate the capitalist formation, which is so dear to their hearts.

A communist, having mastered dialectical materialism, can smash this vile slander to smithereens.

How can dialectical materialism serve the communist?

Motion is a form of matter. There is neither matter without motion nor motion without matter. All matter is moving, that is – changing, passing through different stages of its development. Matter cannot exist without changing. Everything changes: every object and every natural phenomenon, every social phenomenon and every society. Man changes, a tree changes. Both go through different stages of development: first they grow, mature, reach maturity, and then begin to grow old and fade. The nature around us – the state of the air, the earth and the water – is constantly changing.

One might ask the above-mentioned reactionary opponent, “If everything around us is changing, if all phenomena of reality go through different stages of development, why do you think that human society should not change and does not change?” Because history, as a matter of fact, tells us that human society has been changing and going through different stages of development all the time, just like everything else in this world. It went through different socio-economic formations: first, it had the primitive communal system, then proceeded to the slave system, then to the feudal system, and, finally, to the capitalist system, in which we now live.

Or maybe our opponent is against the fact that humanity has followed this path of development? Perhaps he would have prefered if it remained unchanged, frozen in one particular stage of development? Which one? Feudalism? Should humanity have preserved itself in the slave system? Or, perhaps, it should have remained in a primitive state?

And if he is not against the fact that society has developed so far, if he agrees that mankind passed from slavery to feudalism and from feudalism to the modern bourgeois society, why does he think that mankind must now cease its development and remain forever in the stage of capitalism? Why is he against the transition from capitalism to the next, more progressive and just formation – socialism?

The answer to this question is simple. Because, in the present state, our reactionary opponent is comfortably nestled under the wing of capitalists, getting somewhat larger crumbs from their table and hoping that his position will remain unchanged. But he will not say this outloud, obviously. Outloud, he will say something else: that, of course, he is also for development, for progress, but only if this development is gradual, without any revolutions, only if it happens quietly by itself somehow, without hurting anyone and without threatening his personal financial well-being. And, of course, at this point he will again begin to pour venom on the October Revolution for the fact that it was a revolution, that is, a radical change in social relations, assuring his listener that the revolution was unnatural and abnormal. He will convince everyone around him that the socialist revolution in Russia was carried out by some outside force (Jews, “Judeo-masons,” Anglo-Saxons, “German spy” Lenin, etc.) and that many “good people” suffered from it. But can social progress ever be invisible, not affecting anyone? Why and who needs such progress, such “radical social change” which does not change anything in society? This is not progress, but decay – an attempt to stop the development of society, which is an action that completely contradicts the laws of nature and society.

A dialectical communist can easily refute this slander of the socialist revolution, using, for example, the law of the unity and struggle of opposites.

A revolution in society cannot be brought about by an outside force. The preconditions for revolution are in society itself, within it. Society changes and passes through different stages of development not under the influence of an alien force from the outside, but because the causes of this movement are embedded in society itself.

The human body moves and develops because there are prerequisites in it for its change and development. It develops by virtue of the contradictions operating within it.

Obviously, human society, like any matter, develops because of the contradictions inherent in it.

Contradictions exist in any society. In class societies there are opposing classes whose interests are totally antagonistic. In the slave system, it’s slaves and slave-owners; in feudalism, feudal lords and serfs; in our modern capitalist system, the bourgeoisie and the proletariat. Between them there is a constant struggle, for, as we have already said, their interests are irreconcilably hostile to each other. Some of them are in the position of the parasite and others in the position of the victim. The parasite and the victim cannot help fighting each other, just as opposing social classes cannot help fighting each other. It is this struggle that determines the development of a given society.

In pre-revolutionary Russia of the nineteenth and early twentieth centuries, too, there were opposing classes. On one side there were the capitalists and landlords, on the other – the workers and peasants. The first played the role of the parasite, and the second – the role of the victim. Between them there was a constant struggle for survival, and it was this struggle that defined the development of all pre-revolutionary Russia. The peak of this struggle was precisely the Great October Socialist Revolution.

That is, the socialist revolution in Russia was not brought by anyone from the outside – it arose within Russian society itself by virtue of the very laws of social development.

Thus, with the help of dialectical materialism, by understanding development, the essence of contradiction and the law of the unity and struggle of opposites, we are now able to see right through the bourgeois nonsense about the revolution being carried out by some outside force, be it “masons” or “spies in sealed wagons”, etc.

But what if our reactionary opponent does not give up and continues to insist that the revolution was an unnatural anomaly and “peaceful, gradual development” is so much better?

Here another law of materialist dialectics comes to our aid, the law of transition of quantity into quality.

What is the transition of quantity to quality? This is a break in the gradualness of development. Replacement of slow, gradual developmen with a sudden, revolutionary development. And this alternation is quite natural, necessary, and in our everyday life we see it everywhere we go. For example, if we put a chicken egg in warm conditions and keep it there for some time at a constant temperature, changes will begin to occur in the egg. The inside of the egg will gradually change. The changes inside the egg will gradually accumulate. And suddenly, at a certain point, there will be an abrupt transition, an abrupt transformation – the egg is now gone and a chick has replaced it. This is the break of gradualism, the leap. One thing disappeared, and in its place a completely different one appeared. A revolution.

It is the same with a butterfly pupa, that is, a caterpillar in a cocoon. In the cocoon, changes happen, they happen gradually, slowly. Suddenly there comes a moment of abrupt transition – the chrysalis disappears, and a butterfly appears in its place. A break in gradual development, a leap. A revolution.

It’s the same with human birth. Nine months a baby stays in the mother’s womb as an embryo, a fetus, and then as a result of a sharp transition, leap, revolution – comes into the world as a newborn.

We observe the same thing in inorganic nature. For example, the cooling of water. We cool water, changes occur in it as a result of cooling. But water, despite these changes, remains water. Suddenly we reach a certain level of cooling, a certain temperature, and there is a leap: the water is gone, ice appears in its place. A break of gradualism. A revolution.

There are a huge number of examples like this – there are millions of them around us, you just have to look closely. What does this tell us? That revolution, a leap in development, is a natural phenomenon, and that development is impossible without such leaps. That is, revolution is a stage, which completes evolution. Gradual development is replaced by sudden, revolutionary development, and both – evolution and revolution – are natural, natural and inevitable stages of development in general.

Having explained all this to our reactionary opponent, we may ask him: if no development in nature can do without leaps, without revolution, and if even he himself could not leave the mother’s womb without such revolutionary leap, why does he consider such leaps in the development of society as something abnormal and unnatural?

Thus, wielding the weapon of materialist dialectics, we have repelled the invective of our reactionary opponent and exposed his lies, and we have exposed them not with abstract theses, but with facts of life, which everyone can observe around them.

Of course, we won’t be able to change our opponent’s mind: it’s not in his economic interests to agree with us. Most likely, he will invent more slanders against socialism and Marxism.

But the main thing is that if there will be any bystanders listening to our conversation, some of them may become impressed by the clarity, simplicity and at the same time irresistibility of the dialectical logic that we applied. The enlightened people will breathe a sigh of relief as they finally begin to understand what is going on around them. They will certainly want to help other people to see the truth too, to become assistants in the struggle for socialism, to become like-minded people, maybe even communists.

And seeing what an infallible and precise weapon dialectical materialism is, they too will want to master it, and this is fine, for without the mastery of it, without the ability to apply the laws of development in practice, socialist society cannot be built. We must prepare the builders of socialism now. For the socialist revolution is not so much the end as a beginning – the beginning of a new, long and uneasy path.

That is why it is so important for every communist to master dialectical materialism. After all, this is our main weapon in the struggle for socialism.